As part of my research on remediation and especially the Place concept I will be visiting Professor of Architecture, Yehuda Kalay of UCB. I’ve been invited to participate in a course wrap-up where his students will display how they have designed, implemented and tested their ideas in regard to building a museum in SL.  In preparation for this event I’ve just finished reading a fascinating article by Professor Kalay (2006) on “The impact of information technology on design methods, products and practices”, where Kalay describes two different ways of appropriating new tools in architecture, namely the “square peg in a round hole” and the “horseless carriage” paradigms.

The ﬁrst is that of forcing a square peg into a round hole implying that the use of the new tool is misdirected, or at least poorly ﬁts the processes that have traditionally been part of architectural design. (…) The ‘square peg in a round hole’ paradigm describes tool making as a problem of adapting a new technology to current practices. As a new technology is introduced into practice, a dysfunctional relationship can develop between the tools and a task, either because the task is poorly understood or because the process of displacing a traditional technology is largely one of the substitution of habitual tools with new ones that have the wrong affordances. Such inappropriate use of the technology results in a poorer practice. (Kalay. 2006:377) The second paradigm describes a state of transformation, where the new technology is viewed through the lens of the practice in obsolete and ‘backward’ terms, much like the automobile that was viewed as a horseless carriage in the early days of the 20th century. It implies a lack of appreciation for the emerging potentials of technology to change the task to which it is applied. (…) The ‘horseless carriage’ paradigm views technology as a means to alter the perception of a practice about itself, as it is transformed by a new technology. In using the term a ‘horseless carriage’ at the turn of the 20th century, the task of transportation has been described through the lens of a previous technology, not realizing that the practice of travel had dramatically changed. (Kalay. 2006: 377-378)

Even though Professor Kalay and colleagues* use these “paradigms” to describe the use of new tools/media in architecture in particular, I do believe that they resonate with a more general use in many other research fields. As a researcher on educational use of new media I do see parallels to both practice I’ve experienced and especially to Bolter & Grusin’s ideas of different ways of remediation, so this is for sure something I’ll return to …

Uh, and BIG thx to Terry Beaubois for introducing me to Professor Kalay :-)

*) Chastain, T, Kalay, Y E and Peri, C (2002) Square peg in a round hole or horseless carriage? Reﬂections on the use of computing in architecture Automation in Construction Vol 11 No 2 pp 237e248

Today I did my first presentation of my PhD project at UCB. Sadly only a few people turned up, but they seemed engaged and asked a lot of questions, so that was good. It was the first time I presented some of my recent ideas on remediation, so that was quite interesting for me personally. I clearly need to refine my thoughts and the lack of proper English vocabulary, when I want to make a specific point, is really, really frustrating, but it is all part the learning process and I feel confident that it will become easier as time passes.

Among other things I addressed one of the challenges I currently have in relation to my thoughts on remediation. I’ve incorporated several dichotomies in my models for remediation, but I only see them as theoretical/analytical tools – reality (in whatever shape it represents itself) is much more complex and I don’t necessarily consider them to be mutually exclusive. Another problem is that some of the concepts I’m using are ambiguous, so I have a lot of work ahead of me in determining how I will define these concepts, and as examples of this uncertainty I presented the following three slides: 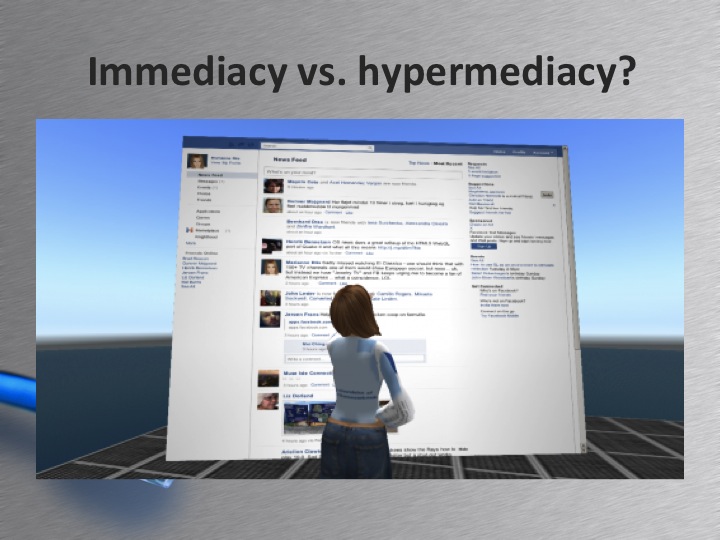 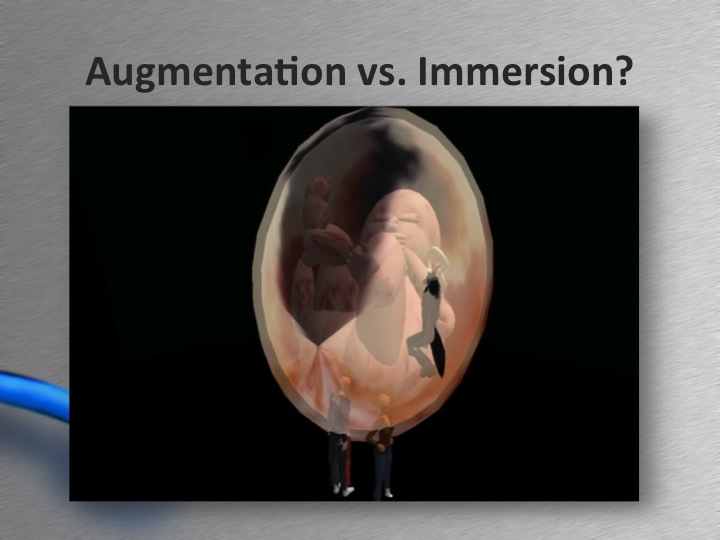 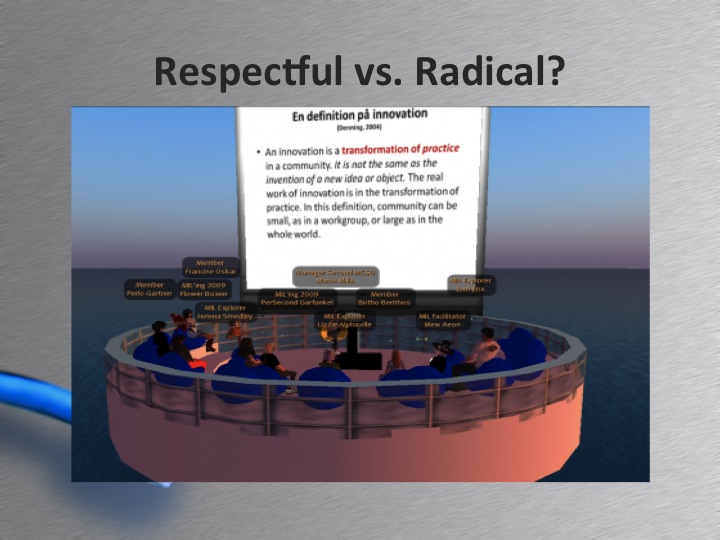 BTW, for the presentation I’d found a nice template displaying an Ethernet cable, which I thought suited the topic very well – only later I realized that as part of the terms of use I’m not allowed to upload them to any sort of file sharing site and this is why they can only be found here in pdf format … and so I will not use that type of template again!

This is just a brief post to explain that I’m currently a visiting scholar at UC Berkeley (UCB). I arrived on March 29th and have been spending the past two weeks getting accustomed to my new environment. I’m here on a four month grant offered by the Center for Information Technology Research in the Interest of Society (CITRIS) at UCB and the Danish Agency for Science, Technology and Innovation (DASTI), which is an institution under the Danish Ministry of Science, Technology and Innovation. 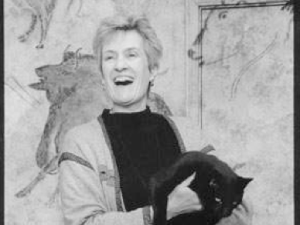 Professor Ruth Tringham from the Dept. of Anthropology is my faculty host and besides working at UCB I hope to also visit other universities in the area. I’ll be working on the concept of remediation in an effort to refine and most likely reform my model(s) for remediating people, places and practices – and needless to say future posts on this topic will follow…

I first discovered Professor Tringham back in 2008 when I read an article she had written together with colleagues Ashley and Mills on remediating places, and I had the opportunity of meeting her f2f in SF last August when I was attending the SLCC’09.  Tringham and colleagues also have been using SL and meet regularly with their students on their research island, Okapi.

I’ll end this post by expressing my personal gratitude to three people in particular: