On Edudemic‘s site I read about a new tool called instaGrok – a search engine targeted at education – that I decided to try out.

You can start “grokking” immediately, but to be able to use the features properly, you need to log in, and so I decided to log in and do a search on Virtual Worlds; 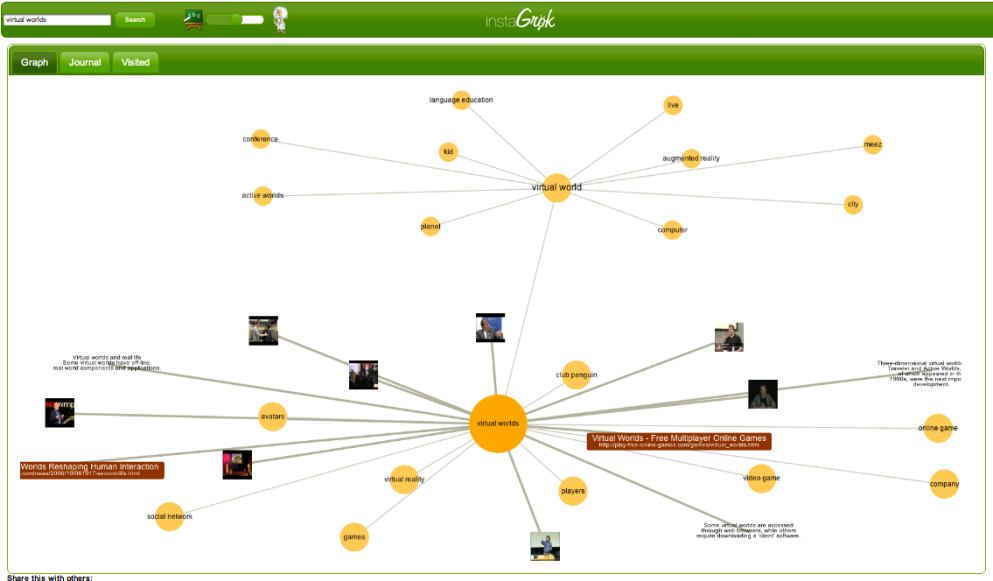 Journal display
Edudemic highlights the quizzes, but I have to admit that I’m not a fan of quizzes – not here, not in general. The questions generated from the search seem to result in some rather strange questions that test the user’s grammatical skills, rather that his/her general knowledge of the topic; 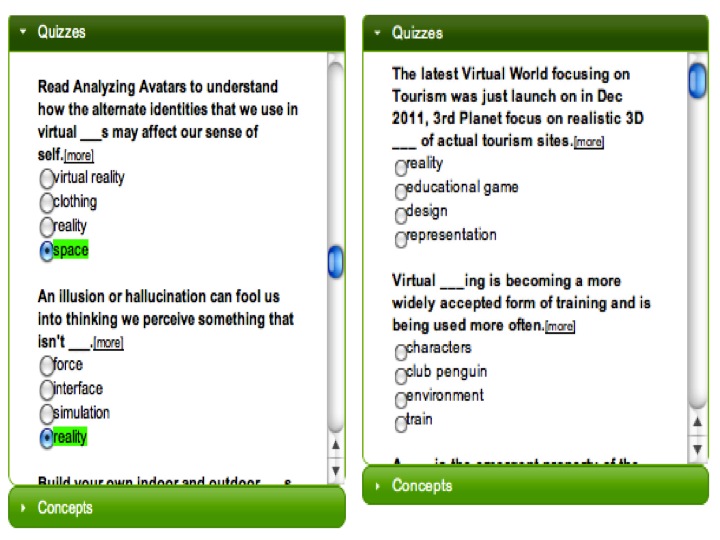 Apart from the quiz section, I think it’s a rather nice tool. I like the fact that you can visualize your queries and the journal feature could also be very useful. Edudemic predicts that Google will buy instaGrok, and that seems very plausible. I think the tool has the potential to evolve into something very useful. Some of the improvements I’d like to see would be: