This week I’ve been attending both a seminar and a PhD course with Judith Gregory, Institute of Design, Illinois Institute of Technology and Anne Marie Kanstrup, Department of Communication and Psychology, Aalborg University. This post is mainly an overview of my impressions from the seminar – I’ll return to more explicit content issues and a few but very important decisions I’ve made based on especially the PhD course.

On Tuesday, January 13th Gregory was invited to speak at an internal ELL seminar. Besides Gregory, Kanstrup and ELL’s leader, Lone Dirckinck-Holmfeld (my main PhD supervisor) we were 8 PhD candidates and researchers from ELL and two researchers from Department of Development and Planning. After Dirckinck-Holmfeld had given a short introduction to ELL and the general research and educational /pedagogical strategies of Aalborg University, we all described our research interests to give Gregory an overview of the multidisciplinary field we’re working in.

Colleagues in the E-Learning Lab

Gregory then introduced her background, which in the short version includes the following:

When describing her current research interest, it became evident that we would be able to find common ground in many areas: 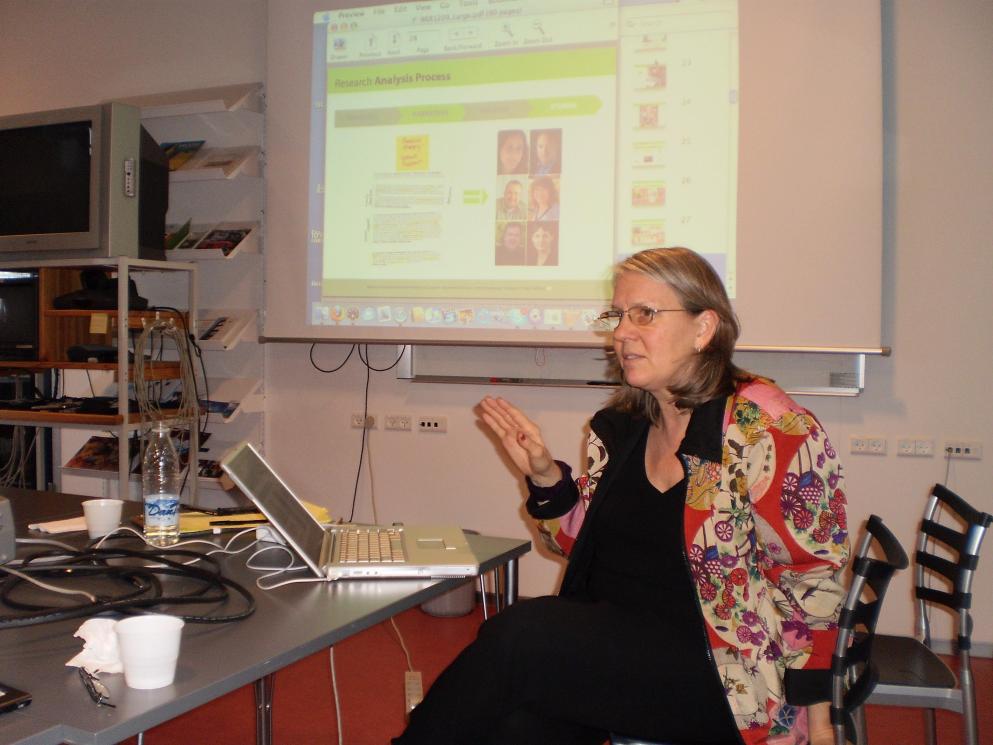 Besides showing us a number of very interesting case studies she has been involved in, Gregory also shared a very thoughtful and quite progressive statement from the prospectus brochure made by the founder of the School of Design (Institute as of 1944), Lázló Moholy-Nagy back in 1939:

Unfortunately this picture is rather unclear, but what I found especially remarkable was Moholy-Nagy’s thoughts on the teacher-student relationship and the potential fruitful learning process:

In the School of Design, the student’s self-expression is never compared with the work of a past “genius”. On the contrary, instead of studying the master, the student is encouraged and urged to study that which the great man himself studied in his day – those fundamental principles and facts on which all design of all times is based. Instead of relying on some other man (however ingenious) to describe truth to him, the student here must study here first of all the truth itself. Just as the genius of old had to do, the student must “strike down to bed rock” and build upward for himself, within himself, gaining that happy status of self-experience and experimentation which is the true source of creative achievements.

Then he is ready to study tradition and the contributions of bygones geniuses, enriching his own knowledge by the fruits of their discoveries.

On a more personal level, Gregory told us that her father actually studied under Moholy-Nagy, and that this was one of the reasons why she had found it difficult not to accept the offer of coming to work at the Institute of Design when she was given that opportunity. Another more professional reason for working at the institute was that it has continued to honor and respect the pedagogical foundations of Moholy-Nagy. 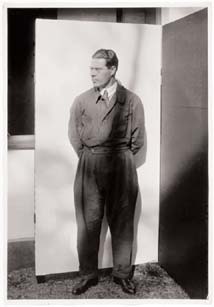 In a truly inspiring paper on Moholy-Nagy’s Design Pedagogy, Findelli (1990) describes how Moholy-Nagy developed his pedagogy based on Bauhaus pedagogy, Goethe’s Naturphilosphie and Dewey’s pragmatism.

In bridging the social responsibility with a scientific method based on intuition and problem based experimentation facilitated by a nondirective, noninterventionist, and nonviolent teacher it’s my impression that Moholy-Nagy managed to found a visionary pedagogical philosophy and practice that must have been (and maybe still is) quite provocative and radical to many educators. Findelly (1990:19) concludes that “the general pedagogical approach of Moholy-Nagy, if correctly adapted to the new circumstances, still constitutes a valid preparation toward the tasks that await future designers”. So let me finish this post by quoting Moholy-Nagy once again, this time on his thoughts on designers:

To be a designer means not only to sensibly manipulate techniques and analyze production processes, but also to accept the concomitant social obligations … Thus quality of design is dependent not alone on function, science, and technological processes, but also upon social consciousness. (from Findelli. 1990:19)

Personally, I could rather easily replace designer and design with educator and education hereby deducing that educators are a certain type of designers!

After the seminar we were all invited to Dirckinck-Holmfeld and her husband Arne Remmen’s house for dinner where we continued more informal talks on design, education, politics and democracy, which was a beautiful way to end a perfect day :-)