Late last night, one of my students, Mew and I attended a research meeting where Grog Waydelich spoke about the use of voice respectively text, and collaborative building in-world. 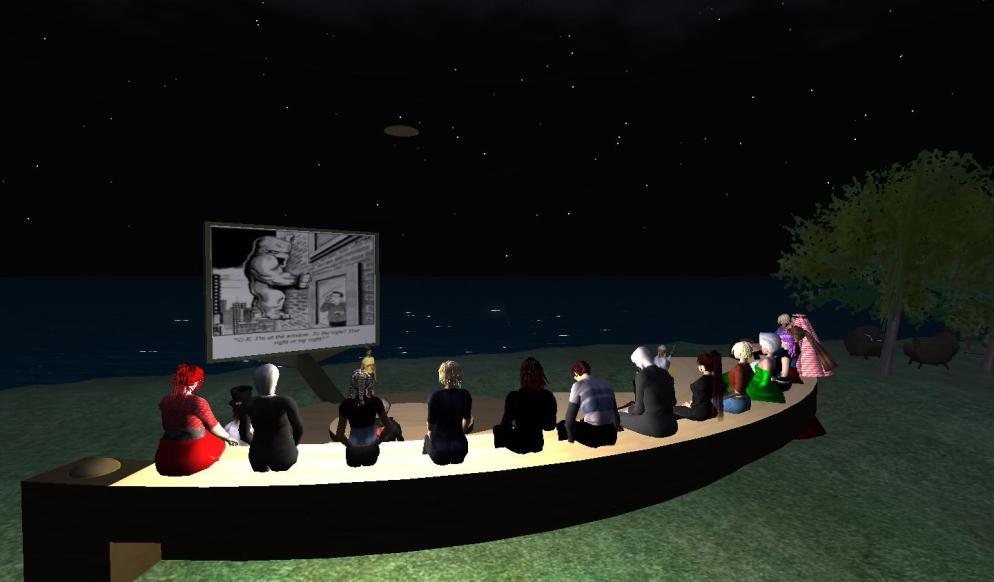 During the meeting Mew and I chatted (in Danish ;-), and from a teachers point of view this ability to chat simultaneously (while the speaker is on voice) really is a great feature. But what I wanted to point out in this post was Grogs considerations on what he terms “out-of-avatar” experience:

At any moment in SL, a user is either looking through their avatar’s eyes (usually from just behind their avatar’s head) or through the disembodied camera. We called these modes “in-avatar” and “in-camera”. (The latter term reminds us that camera locations are not visible to other users.)

Since I personally prefer looking through my avatars eyes, I hadn’t really payed much attention to this phenomenon, but it adds yet another dimension to the mind/body dichotomy discussion.

In this study Grog and his colleagues at PlayOn found that users in this project spent more time (57%) in-camera than in-avatar, and the more experiences avatars spend 90% of their time in-camera. Most likely it has to do with the fact that this was a building project, where it is necessary to change view regularly, but it is fascinating that the users still identified with their avatars, even when their focus of attention was elsewhere. For further info on this interesting study, have a look here.

4 thoughts on “The out-of-avatar experience”